The crash of EgyptAir flight MS804 was in the news the day I met Patrick J. Garez. The plane, which was travelling from Charles de Gaulle airport in Paris to Cairo, disappeared from radar with 66 passengers and crew on board. Patrick J. Garez, a Parisian who has been living in Singapore since 1974, was particularly concerned. During the interview, the Founder and Managing Director of Asia Technical Services Pte Ltd gave a forthright account of life in Singapore and France, enlightening me with his candour.

Authorities have said they believe terrorism to be the likely cause for the EgyptAir flight MS804 crash; some aviation experts suggest a bomb blast or a struggle in the cockpit, though no concrete evidence has been found.

Mr Garez’s take on the crash is straight to the point: “We do have a problem because there is a perception that we are anti-Muslim.”

He praises Singapore’s immigration system, but at the same time, he opines that it is easier to control a five million population than a population of 65 million.

“Unfortunately, in France, people are obnoxious with the police until there is a problem, then they will appreciate what the police does,” says the Parisian who has more than 40 years of experience in the aviation industry.

The Arrival of the French

“I came here in 1974,” says Mr Garez, who has more recently specialised in infocomm software and the management of cyber protection.

Compared to four decades ago, the number of French people arriving here has burgeoned to between 12,000 and closer to 15,000 as of 2015, according to Mr Garez.

Lycée Français de Singapour, the French school located along Ang Mo Kio Ave 3, has been expanding rapidly since it started operating in 1999. The 2.5-hectare campus is home to pupils from kindergarten to secondary school.

In fact, Singapore is France’s largest trading partner in ASEAN. It is estimated that 1,000 French companies are based here and Singapore is the regional headquarters for French firms of great renown, such as Renault, Club Med, Michelin, Remy-Cointreau and ST Microelectronics, to name a few.

Back in the 1970s, however, few French people knew where Singapore was. Mr Garez explains: “[If you’d come] to France with a Singapore dollar, people [would say] ‘what’s that?’”

Gradually, the little red dot had her name heard with the success of the Singapore Economic Development Board (EDB), which has attracted many multi-national companies.

“They started realising that Singapore is a good place to expand their business into Indonesia, Thailand, and the Philippines, or even China.”

In recent years, according to Mr Garez, many young people in France are choosing to leave the country because of the persistently stagnant economy and political instability. Again, Singapore is another desired destination that has wooed many young French people, as the salaries are almost equivalent or sometimes better.

Now, Singapore is almost like my first home. It is no longer the second, right?

“My own story was, I was a bit adventurous,” shares Mr Garez. He first started working in Munich, Germany, for four years; in 1968, he moved to Hong Kong with his family, and eventually in 1974, he made the decision to settle in Singapore.

“The children were young when we came here. Singapore is a pleasant place to raise our children. Our children grew up in a safe and enjoyable environment,” he says. Mr Garez has two sons and three grandchildren. His older son is living in Miami, USA, while his younger son is working in Singapore.

According to Mr Garez, Singapore is regarded as the regional “Chinese Diaspora” and is thus a practical place to do business. China, conversely, is not easy to deal with. “It is another complicated environment,” he says.

“Since then, I have always used Singapore as a base. I have never left Singapore in terms of either business or personal life.”

Many people have the perception that Singapore is a restrictive environment, but Mr Garez has never felt that.

In 1974, when he first arrived in Singapore, he did not find it hard adjusting to life on this tropical island. His late wife was an American citizen and she was an easy-going and friendly person. He and his wife enjoyed the cultural exchange.

And certainly, there was no problem with the food.

“I say fantastic. I have been living here for a long time. Obviously, I am quite used to the food,” he says.

His children would eat more Singaporean food than Western food, he shares, and his late wife had become an expert in Asian food. His younger son could even speak Singlish!

He remembered how the security guard would reserve a parking space for his son just because he could speak Singlish. Afterwards, he would drive in, and the guard would say, “You are the father. Come in… come in.”

Recent years have been exciting for Mr Garez as well: he loves tennis and car-racing and Singapore was the organiser for WTA tournaments as well as Formula One. In addition, the revamped Victoria Theatre and the new National Gallery of Singapore were eye-openers.

“studioMilou, which designed the National Gallery Singapore, happens to be a French architectural firm,” says Mr Garez with pride. “Many years ago, the arts had not been a priority in Singapore. Chinatown was disappearing, but [kudos] to some local architects who fought for the conservation of these buildings. We couldn’t afford to let this (heritage site) go; these buildings are critical for the history of the country.”

Besides work, Mr Garez spends his time playing tennis with local and foreigner friends in a club.

“There is not very much you miss in Singapore as long as you can afford it. The constraint is only how much cash you have in your pocket,” he jests.

The only thing he misses most, is the seasons.

“Right now in Singapore, it is extremely hot. I have been in Singapore for quite a long time, but this is really hot,” he says with a grimace.

He also does not admire the car cost here, but he thinks Singapore’s public transportation system is excellent.

Otherwise, he has no complaints.

“Now, Singapore is almost like my first home. It is no longer the second, right?” he says, matter-of-factly.

Back in France, life can be fantastic if you have a decent amount of money in your pocket, Mr Garez jokes.

Singapore is a small country, whereas France has a lot to offer, he says.

“The food, culture, scenery and geography are fantastic. We have the sea, the mountains, and it is an amazing country in terms of all the varieties of climate,” he exclaims.

If you like wine, France has as many varieties of wine as you can think of. The country is one of the largest wine producers in the world.

Mr Garez  says, “My favourite French food is a platter of seafood from Brittany accompanied by Sancerre white wine. I can also skip desserts and enjoy our large variety of cheeses with a Cote du Rhone red wine.”

The arts, monuments, architecture, movies and theatre in France are also mind-boggling, he remarks.

“All the buildings in Paris have to be cleaned up once every few years. As a result, they remain the same.”

What Mr Garez does not like, however, is the possible frustration when doing business in France. With new laws and regulations introduced in France over the past few years, France is going through a period when young people graduating from universities are complaining.

“Jokingly, the ideal situation would be we pay the young people so that they don’t have to work. But it won’t work, obviously,” he opines.

Many people perceive Parisians to be wanting in friendliness. Mr Garez admits Singaporeans are friendlier than his countrymen in France; the reason, in his view, might be due to language barrier. Nevertheless, as soon as you get out of Paris, Mr Garez says people are friendlier and more open even if you do not speak the language.

“Life would be fantastic in France as long as you don’t have to worry about the government or the income,” he says, laughing. Despite that, going back to France is not in Mr Garez’s mind right now as he has no desire to retire yet.

“I am on my own except for the children. I cannot be with them all the time, therefore I will keep myself occupied. I suppose I have been so used to this entrepreneur type of life,” he says. 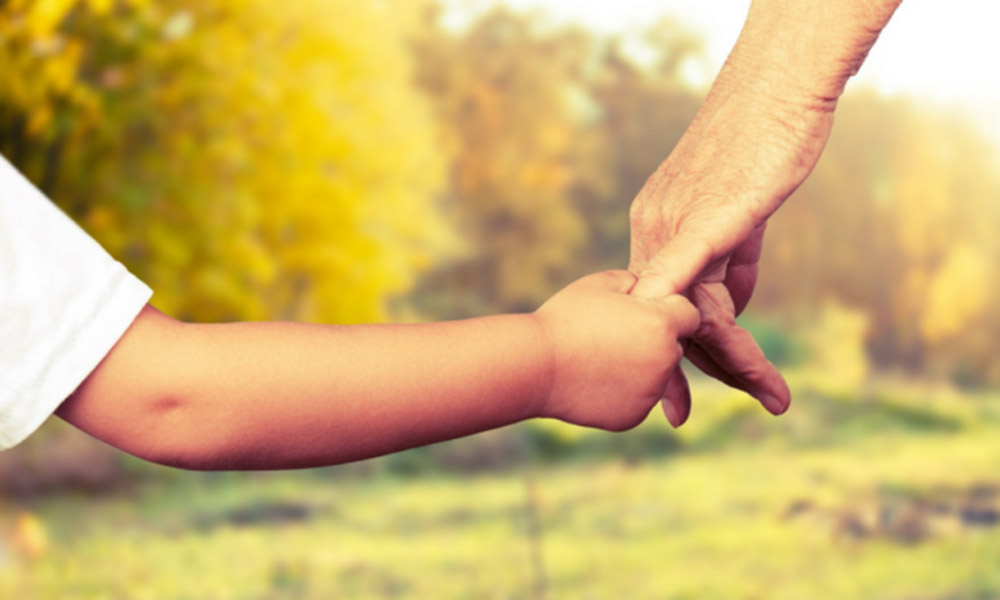 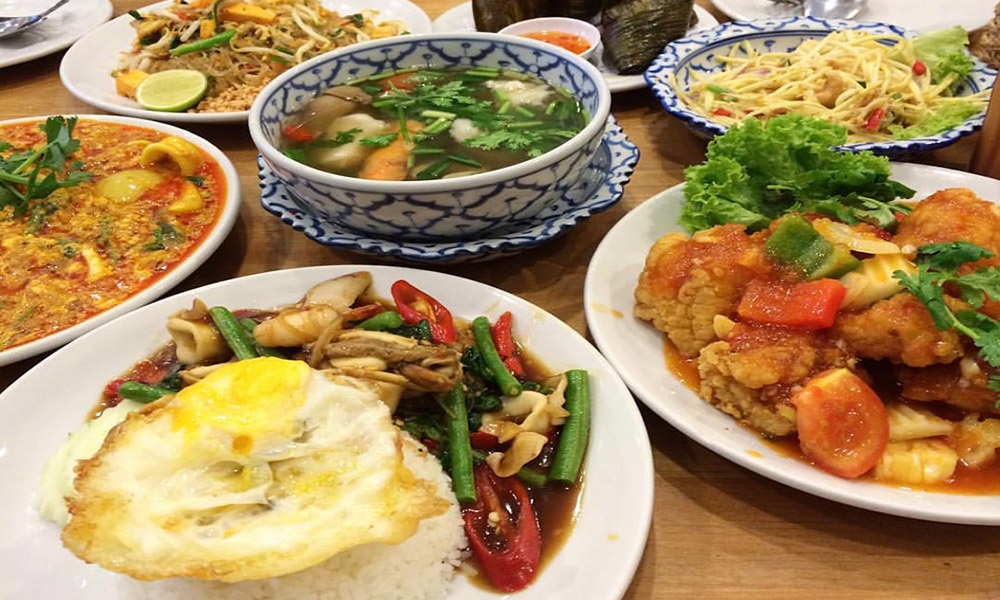