The Chinese Communist Party anti-corruption commission announced the purge of two former public security vice ministers as the fourth quarter of 2021 commenced. Sun Lijun was expelled from the Party and all government posts on Sept. 30. On Oct. 2, Fu Zhenghua was officially investigated for “serious violations of Party discipline and the law.”

There was an intrigue to Fu and Sun’s downfall. Observers believe Sun Lijun was removed for being disloyal to the Xi Jinping leadership as he was accused of “having improper discussions of Party Central’s major policies,” “complying publicly but defying privately,” and “engaging in cliques and factions in the Party.” There was also speculation that Sun was sidelined for leaking sensitive information about the CCP’s COVID-19 handling. The announcement of Sun’s expulsion noted that he had “deserted his post on the frontline of fighting the COVID-19 epidemic” and “privately possessed confidential materials without authorization.”

Explaining the purge of Fu Zhenghua was more complicated. Observers note that Fu was hugely unpopular everywhere and had many enemies in the Party. However, Fu had also helped Xi Jinping take down former security czar and Politburo Standing Committee member Zhou Yongkang, suggesting that he was in Xi’s good books. And until the investigation into Fu was announced in October, his promotion to justice minister in 2018 and transfer to the Chinese People’s Political Consultative Conference in 2020 seemed to affirm the view that Fu was headed for a safe retirement.

SinoInsider, however, anticipated the eventual purge of Fu Zhenghua in March 2018, at the time of his being appointed justice minister. We also noted that he “still faces significant levels of political risk” when his move to the CPPCC in April 2020 seemed to indicate his good standing. We accurately forecasted Fu’s downfall due to our assessment of the underlying dynamic of factional politics in the Xi era.

Xi Jinping has been locked in factional struggle against a powerful faction named after former Party boss Jiang Zemin since 2012, an aftermath of the Wang Lijun incident. While the past nine years has seen Xi consolidate power to a high degree and purge many Jiang faction officials through the anti-corruption campaign, the latter still “remains a force behind the scenes” today, according to a February Wall Street Journal report.

In factional intrigues, the CCP elite have historically attacked their rivals for their “negative legacies”—policies that were undertaken for some political advantage, yet resulted in great disaster or loss of life. For instance, Mao Zedong grew increasingly marginalized in the Party with then-PRC president Liu Shaoqi blaming him for the vast famine brought about by the “Great Leap Forward.”

Targeting the negative political legacy of Party leaders, however, is a highly risky affair with serious consequences. Those who attempt and fail may pay dearly. For challenging Mao’s legacy, Liu Shaoqi was later brutally tortured and killed. Meanwhile, the winners receive a political boost and emerge more dominant, as in the case of Deng Xiaoping attacking Hua Guofeng’s “Two Whatevers” (a vestige of the traumatic Maoist era) and eventually ousting the latter from power.

Both the Xi camp and the Jiang faction have been targeting each other’s political legacies since Xi Jinping took office. For the Jiang faction, that means calling attention to the Xinjiang persecution campaign and escalating tensions in Hong Kong to the point where the Xi leadership has to consider a Tiananmen-like resolution or other draconian measures to end the “chaos.” For Xi Jinping, attacking the Jiang faction’s political legacy involves cracking down on corruption and threatening intra-Party accountability over the Falun Gong persecution while sidelining the organization overseeing the campaign.

The downfall of Sun Lijun and Fu Zhenghua appears to be connected to Xi’s effort at marginalizing and securing a decisive victory against the Jiang faction.

First, the careers of Sun and Fu mark them as Jiang faction members. Both climbed the ranks of the political and legal affairs apparatus during Jiang’s era of dominance from 1997 to 2012. Both were also trusted enough by the Jiang faction to be allowed to helm its anti-Falun Gong campaign. In 2015, Fu was head of the supra-authority “610 Office” and Sun was his deputy. Jiang allies held sway over the political and legal affairs apparatus in Xi’s first term, and Xi’s ongoing campaign to “rectify” the apparatus suggests that it is not yet cleared of Jiang faction influence.

Second, the timing of the formal probe into Fu and Sun’s expulsion indicates that the cases are linked. In Xi’s anti-corruption campaign, investigators often target deputies, aides, and subordinates of high-ranking officials to build a case against them before moving in on the “big tiger.” Fu Zhenghua’s investigation being announced days after his former 610 Office subordinate Sun Lijun was expelled fits the Xi anti-corruption campaign’s mode of operation.

That Sun was also formally accused of resisting investigation is also very telling. It is reasonable to deduce that the anti-corruption authorities only concluded the investigation phase of his case after he finally ratted out his superiors, cronies, and allies. The authorities then very likely used what they gathered from Sun to formally investigate Fu Zhenghua and plan moves against more senior officials.

Third, the connection between Fu and Sun’s cases and the charge against the latter of “engaging in cliques and factions” indicate that factionalism is the main reason for their ouster.

Xi Jinping has stepped up efforts this year to tighten control as he prepares to make a bid for a third term in office at the 20th Party Congress in 2022. His crackdown on tech, finance, and entertainment, as well as ongoing “rectification” of the political and legal affairs apparatus, are efforts at clearing out the last strongholds of the Jiang faction in the CCP regime and eliminating those who will challenge his third-term bid. The purge of Sun Lijun and Fu Zhenghua signal further intensification in the factional struggle.

If Xi is prepared to bring his battle with the Jiang faction to a conclusion, he will inevitably work his way up the food chain and bring down active or retired Jiang faction cadres in the central government, including the Politburo and its Standing Committee. Xi could also issue a rare “historical resolution” at the upcoming Sixth Plenum of the 19th Central Committee with an eye on addressing and resolving the factional struggle issue.

The Jiang faction, however, will not “go gently into that good night,” and can be expected to push back against the Xi leadership from their remaining strongholds in the financial sector and the political and legal affairs apparatus. 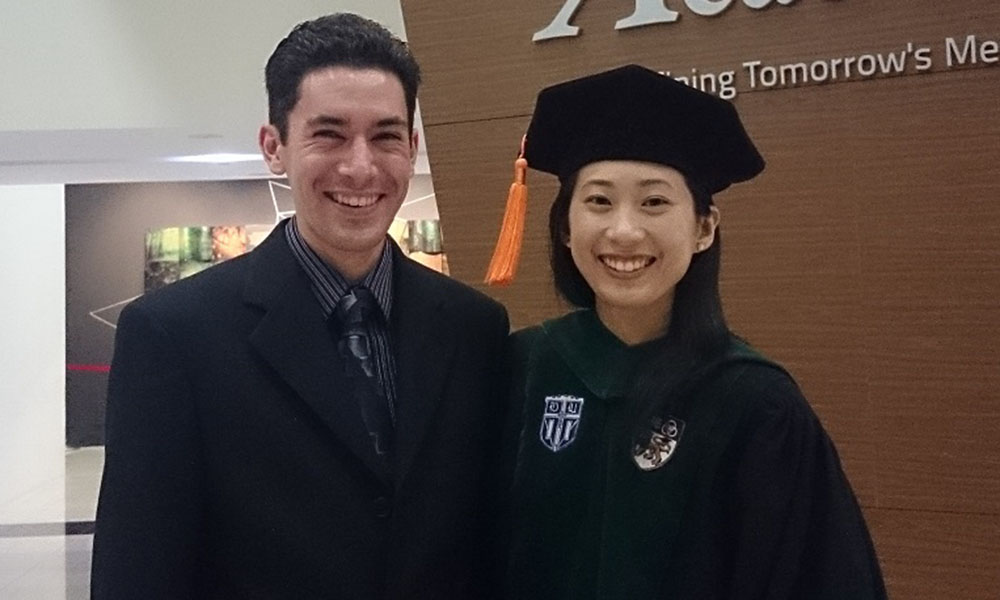 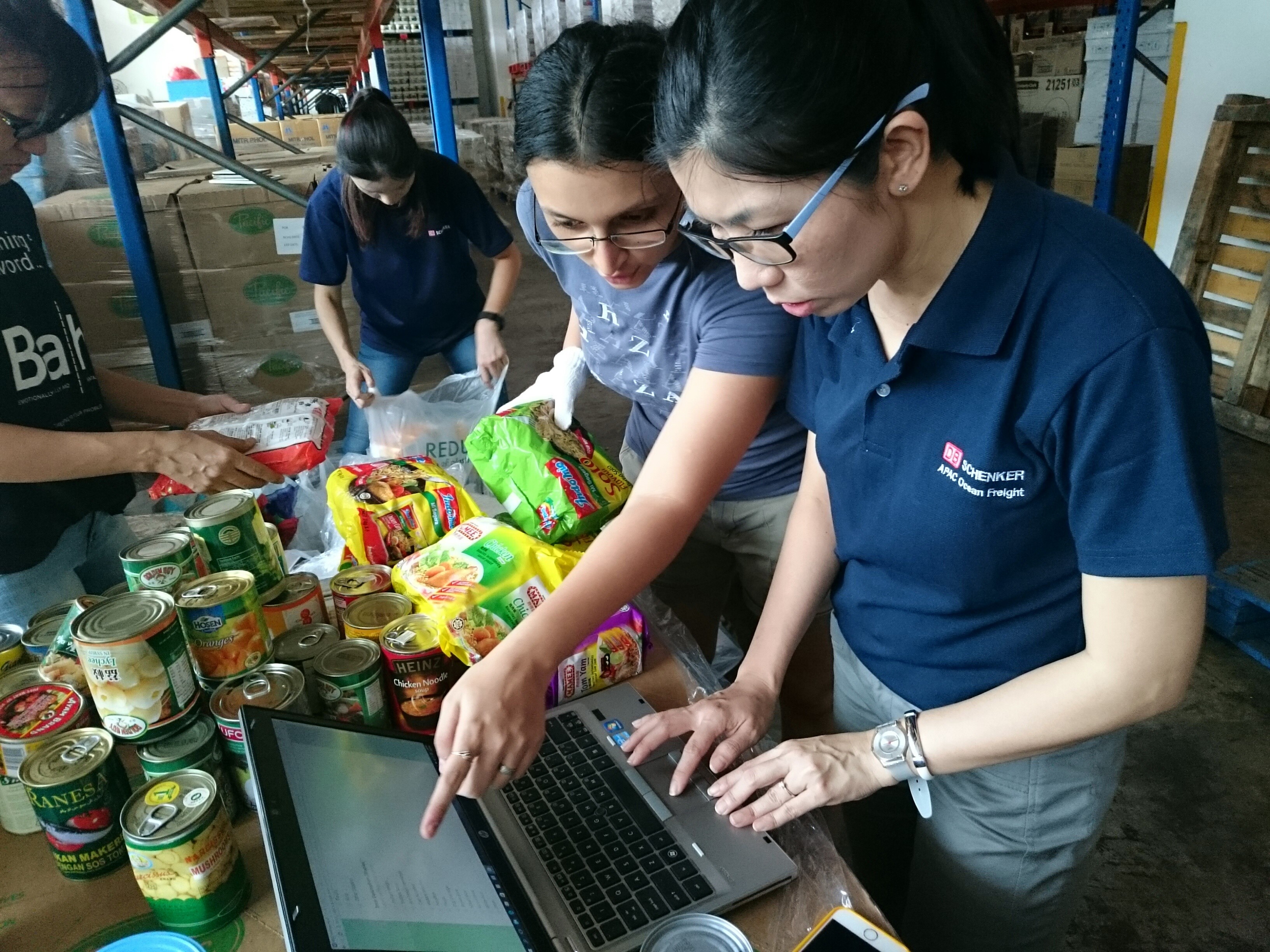 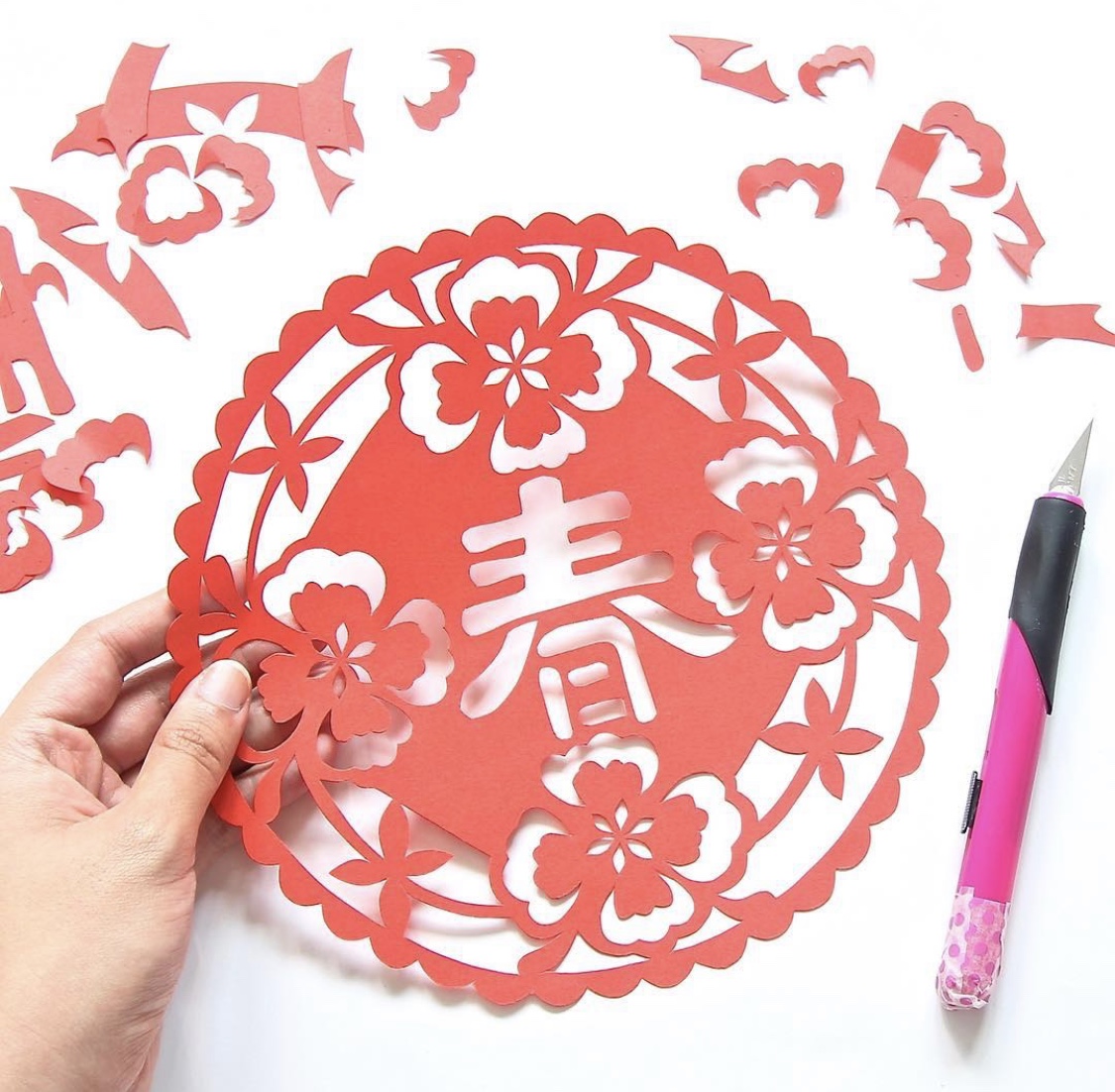 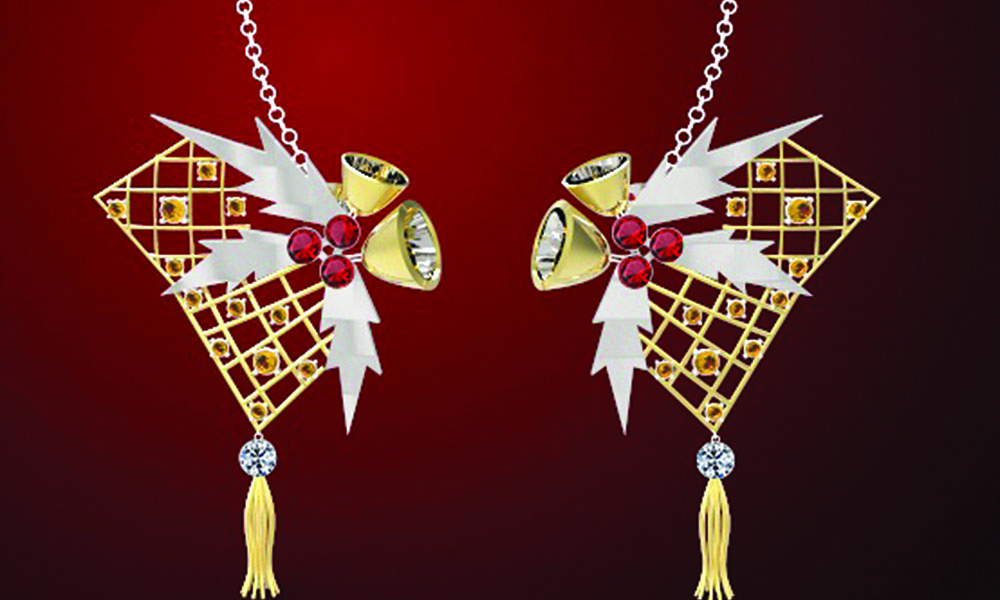 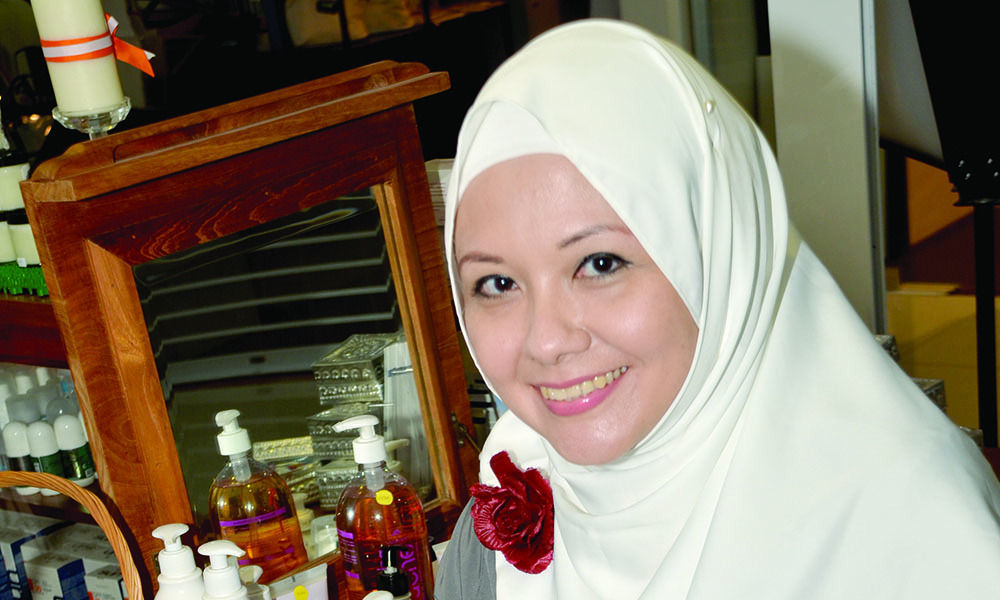 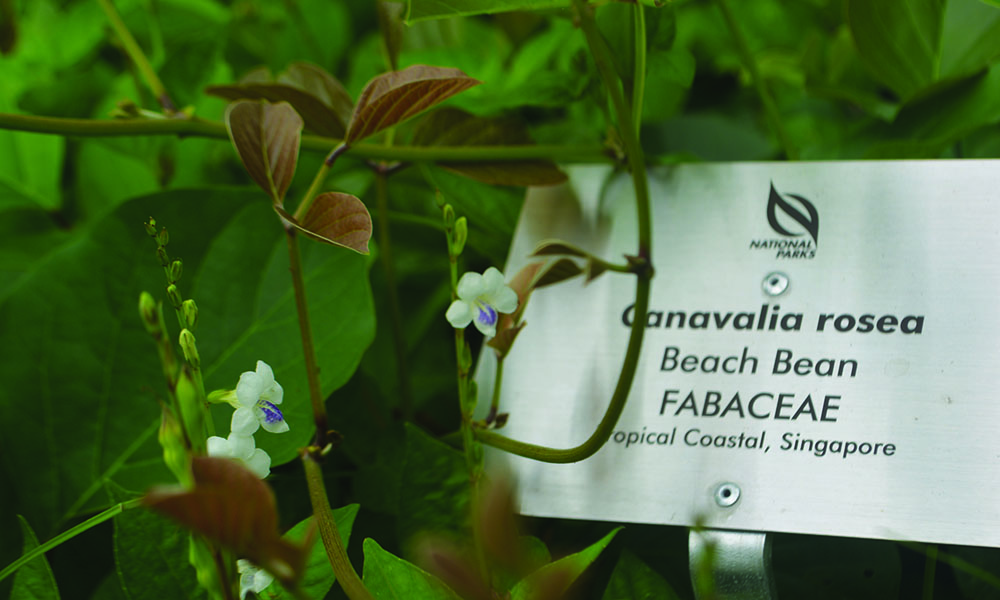